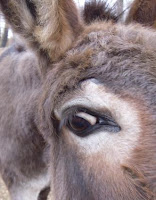 Reviews and What They Mean To You—I'm constantly learning something new every day. I always thought good reviews were awesome and bad reviews were... well, just bad.  But I found out that isn't so. It doesn't matter whether it's a bad review or a good review. All that matters is how many reviews a book gets. That's all that counts when it comes to Amazon rank. Several times I started to download Under the Aspens, but the reviews were so horrible, I didn't bother. Well... I changed my mind and decided to give it a try. Here is my review:

Under the Aspens
by Elizabeth Sherry 1 Star
Title: Is this a joke?

This is possibly the worst book I’ve ever read, and I’ve read my share of bad ones. I made it to the middle of Chapter 2 and that was enough for me. The style of writing was juvenile and read like a bad play, complete with stage direction and boring dialogue. I closed the curtain on this one.

Don’t waste your time. There’s no intrigue here, and the only mystery is—why did I bother? I read the reviews—I should’ve known better.

Amazon best sellers rank #570 free. Is this a joke?

*** I will not be posting this review on Amazon because it will only serve to raise the book's ranking against other well-written and much more interesting books.

At first, I wouldn't post a bad review because I figured it was hard enough for authors to succeed, but now I realize that even a bad review is good. So... instead of posting a bad review of a book on Amazon, I'll be posting it here.

If you've read any of my books and hated them, feel free to tell everyone by posting a review on Amazon. And if you liked them, even better, and please consider leaving a review. Now that eye know better, I'll take what I can get.

Reading When the Lights Went Out 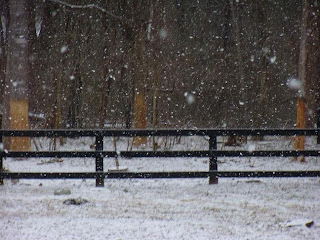 As some of you might know, we lost power for five days because of the snowstorm, so I had plenty of time to ready my Kindle. Here are a few of the reviews I've posted. Just my opinion.

The first short story I read by Jess Butcher, Mile Marker 148, was so good, I was sure this one would be too. Unfortunately, it wasn’t. I really disliked the man, and didn’t much care for the woman who put up with his verbal abuse for forty years. Come on. The story would have been more believable if it had been five or even ten years of abuse, but forty? Maybe the woman should’ve stuck the scissors in her own neck for being so stupid. After the first paragraph, I was ready to stick a fork in the man’s eye, just for starters. Even in fiction, there has to be at least one character to like, but there was none here. Oh, I forgot about the little girl…

Sorry, Jess Butcher, but this was not your best work.

Four not-so-likable teenage guys and two mushroom hunting women battle an evil creature in the woods. Sounds mundane and predictable, but it wasn’t. It was spooky. It was also graphic, so if you don’t like gore, this book isn’t for you. Normally, I don’t read gore, but I was already interested in the storyline when the gore came into play. I handled it and continued because I had to find out if the mushroom hunters survived. No spoilers here. Good work, Laura Wright LaRoche! A memorable tale that will keep me out of the woods for a while.

An interesting storyline about a ghost hunt at a vacant mental hospital. Scary good with a surprise ending. Just the right stuff for a good, spooky mystery.
The Last Call
by George Wier 5 Stars
Title: I loved it!

The storyline starts with a physician’s duffle bag being tossed down a hole to a concrete room and landing in the lap of a skeleton. Money then spills from the bag. I was grabbed at the prologue and couldn’t stop reading until the story was over. Yes, there were some errors in grammar and missing words, but the story was well worth the read.

The story opens with the retired police chief, Don Monroe, lying on the beach, drunk, and ready to end his life, in the middle of an oncoming hurricane. Excellent storyline, but I almost lost interest because the formatting was so terrible—and I mean really bad. I ignored the problems with formatting and continued. Very good story. Bad formatting.
Never Buried
by Edie Claire 5 Stars
Title: Terrific!

A feel-good murder mystery that kept me glued to the storyline. Well-written with likable, quirky characters in a believable setting. This book would make a good Lifetime Channel movie. No foul language and no gore. I especially liked the way Leigh looked after her pregnant cousin and put her needs above all else. There was nothing tedious about this book and I would highly recommend it to anyone who likes a good mystery.

Gertie Johnson is a little bit out there with her enthusiasm to solve a murder, and I’m sure that if she pulled her stunts in real life, she’d be in jail. With that said, I liked the interaction between her, Kitty and Cora Mae as they try to find the killer. The trio’s shenanigans made the book interesting, and down right funny at times. Loved it and can’t wait to read the next one!

*** I really missed not having power, but it gave me time to read some very good books. I also read some not-so-good books, but that's a different story. Gonna load up my Kindle in preparation for the next snowstorm coming this way Sunday. Happy reading!
Posted by Ann Mullen at 2:26 PM No comments: