Something to Make You Smile I just love this photo. It warms my heart to see Belle showing love for her mom, Sable. It doesn't get much better than this.

How Much Is Too Much?

I could build a campfire, but it would take a mighty BIG bonfire to keep us warm for that long.

I decided I would take Coal with me (as I knew I would). He's always been real good about riding in a car, so I figured we'd be all right. I could go across the mountain and make a few stops, while Coal waited in the car. Sitting in my car would be a lot better than sitting outside in the freezing cold.

Yeah, we'd have fun and the three hours would fly by! As I drove, Coal sat quietly in his seat, just as calm as could be. What a great dog! He admired the scenery and behaved himself so well. I was really proud of him. Oh, he'd bark occasionally, but that was only when I got out of the car.

Two and a half hours had passed and we were on our way home, but I had one more stop I wanted to make. I pulled into the GreatValu parking lot, parked the car and then looked over at Coal. I promised him this would be our last stop.

Well... I guess he'd had as much fun as he could take. Yeah, you guessed it—he threw up in the car. (Fortunately, I had covered the seat with a sheet and a blanket.) I cleaned up the mess, patted him on the head, and then brought the poor guy home.

All in all, the day worked out well. Coal didn't freeze to death, and I learned not to push my dog to the limit.

It's a Dog's Life

I'm sure everyone's heard that after taking the same medication for a long time, it can stop working. Well, I've just discovered that can also apply to pets. We've used and relied on Frontline to protect our dogs and cats from fleas and ticks for many years, but this year, it let us down. By the time I noticed the dog scratching himself and then found a flea on my sock, it was too late. The cat and the dog had fleas and so did my house!
Frontline didn't work anymore, so I asked around and found out that others have had the same problem and had switched over to K9 Advantix II. I made my way to the vet and bought some.
And then, I did what most folks do—I set off bombs (that was soooo nasty and a waste of money).
Two days later, I called an exterminator. Prices ranged from $225 to $295. And then Brown Exterminating Company called me back and their price was $145! I've used them before (many, many years ago) and was glad when they called back and that their price beat all the others.
George Foley came out when he said he would, did the job, and charged exactly what he had quoted. I was still finding a FEW fleas like he said I would, but five days later, I was still not flea-free! So... I called him back and he came out again and sprayed again at no charge. He said he wanted to take care of the problem and would do what it took to make us happy—unlike some companies who do the job and move on.

So, if you live in my area, give George a call! Don't try to tackle the job yourself. It'll give you a headache. 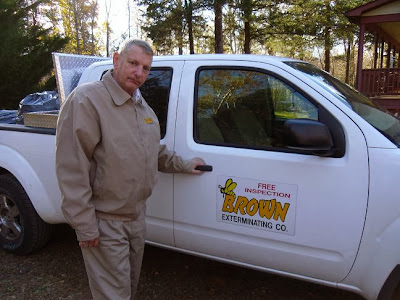 Posted by Ann Mullen at 5:17 AM No comments:

For You This Weekend

Hello everyone out there in reader land. Got a big promo going on this weekend. Get the 1st five books in my Jesse Watson Mystery series FREE. Also FREE, my collection of short stories, LUNCH BREAK SHORTS.

Cozy mysteries. I kill off bad guys and try to make you feel good about it.

Just click Here and help yourself to all my free books today & tomorrow, Nov. 9-10.

I hope you enjoy! And as always, please consider leaving a review.
Posted by Ann Mullen at 5:40 AM 1 comment: