Our Baby Has Arrived 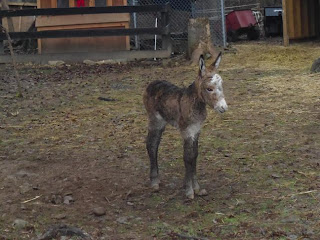 Monday morning while it was still dark outside, Tom and I went out to feed the donkeys. I panicked when I didn't see Sable, so we took our flashlight and started searching the corral. There among the trees stood Sable and her baby! I was beside myself. It was all I could do to keep from crying. Never thought I'd be so excited. Tom and I just stood there and gushed over the little one. Of course, Sable wouldn't let us get near her baby, so all we could do was stare. 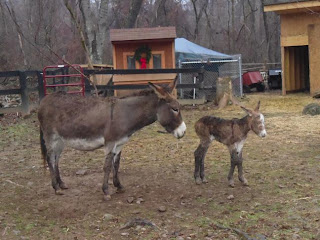 By the time the sun came up, Tom and I were standing by the corral fence still staring at the little donkette. And then, Sable did the most amazing thing. She nudged her baby over to us as if to introduce the little one, and then led her away. How cool is that?

Now, every time we see Sable, she has her shadow right beside her. 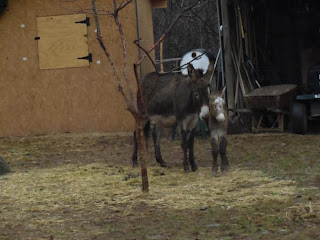 What a beautiful baby! Wish I could hug Mama and Baby.