Book reviews can be so misleading. Everyone has an opinion, and not everyone is going to like the same book. Try as you might, there's going to be something in your book that just doesn't jive with a reader. Sorry, but it's true. I say this because I surf Amazon looking for free Kindle books (I don't buy a book until I've read one by the author before, and liked it), and sometimes the reviews just blow me away. Usually, I don't read too many of the five star reviews because they tell too much about the storyline. I want to be surprised. I don't want to know the ending until I've read it for myself.

It's the bad reviews that catch my eye and intrigue me. Some of them are so brutal, I find myself wanting to read the book just to see if its as bad as they say it is. Most of the time it isn't. For example, I just read a short story that was clobbered by readers who said it was weak, had typos and poor grammar, and ended too abruptly. *They didn't realize it was a short story. Yet, I thought the story was very good, and I didn't find any problems with the grammar or any typos. I even wanted to read more by the author, so what does that tell you? My opinion verses others. Who's right?

And then there are books with rave reviews that I just can't get through. I start reading and find myself shaking my head. What was this author thinking, and who in their right mind would love a book such as this? See what I mean? It wasn't my kind of book, but I'm not going to write a bad review just because I didn't care for it. Others loved it. Why make an author's job harder than it already is?

No writer wants to get a bad review, but let's face it, it's going to happen. You're going to get slammed, beat up, and dragged through the mud, taunted as the worst writer in the world. But don't let it get you down. *Remember what I said in my first paragraph. When I got a review that said "Ick" I thought I was going to die. I was in a blue funk for days, but I got over it when I noticed a jump in my sales. See, sometimes a bad review might not be so bad. But, if everyone complains that your book wasn't edited and was laden with typos and poor grammar, do something about it. That's the one thing you can do to improve your reviews. Fix the problem.

Can't afford an editor, you say? That's bunk. There's more than one way to skin a cat as they say. With my first book, I hired a proofreader and thought everything was okay. It wasn't. Why? Because the proofreader wasn't as good as I thought she was... and I paid her $200. That taught me a very valuable lesson—but once it goes to physical print, it's too late—so... I came up with an idea and it's worked pretty well for me. I have five FREE proofreaders, and between them all, they find almost all of my mistakes. Of course, nobody's perfect, so a few might slip by. Ask someone to read your manuscript and tell them you'll give them credit for their help in your acknowledgements (but don't rely on just one person, ask a couple of people to help you out). You'd be surprised at how many people would love to do this for you. We all like to see our name in print, don't we? Sift through your proofreaders to see who can find the errors and who can't, and then weed them out.

Also, keep in mind that people will read your book, but won't post a review. That happens a lot. People just don't take the time to do it. They think it isn't important, or they don't know how to do it. Crazy, you say? You'd be surprised at how many times people have told me they didn't know how to post a review. I try to explain it to them, but they still don't do it. But that's okay, because word-of-mouth is worth its weight in gold. As long as they're talking about your book, others are listening.

Also, take note. Kindle readers are fickle. Since they have the opportunity to grab as many books for free as they want, they don't give you but two seconds to amaze them with your writing (and let's face it, it's hard to knock it out of the ballpark in the first paragraph), whereas, readers who purchase the physical book (after giving it a thorough examination) will savor the feel, examine the cover, and languish the thought of a good read. I'm not knocking Kindle readers—I'm just saying they're impatient. They might read half a book, get to where something happens they don't like, and then it's over. They hit delete and you're done. Any chance of a good review just went south. I say, if they can do better, let them write the book, but that's just me being me. 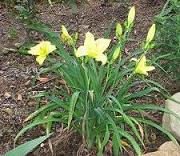 But I digress. What I'm trying to say is, take reviews for what they are—they're just the opinion of others... but not the opinion of all your readers. The best way to get an honest review of your book is to have a book reviewer read it (make sure the reviewer is one who reads your type of book), and then learn from it. Good luck and here's wishing you good reviews. It'll make your day, and you deserve it. Be tough and let the bad reviews roll off your back. Don't let them drag you down. Keep on writing!

P.S. I added the image of yellow daylilies to cheer you up. Did it work?
Posted by Ann Mullen at 5:31 AM

All I have to say is: it gets easier.

Once you've been through a few snarky reviews, it gets easier. But it's hard at first. Try not to let it affect your work for too long. It's important to pick yourself up off the floor and start writing again!

I agree with you. I have very few reviews posted on my seven books, but all have been good and from people I didn't know (except one person who also has all of my books in hardcopy—loyal reader), but when I got two not-so-good reviews, it was like a slap in the face. When I bounced back, I thought about how other writers must feel when it happens to them, so... hence the blog post. I just wanted them to know it wasn't the end of the world. As I said, sometimes I'll read books with terrible reviews just to see for myself. The majority of the time I'm not disappointed. Thanks for leaving your comment. I hope you'll visit my blog again. Ann